Will this winter be severe in Europe? 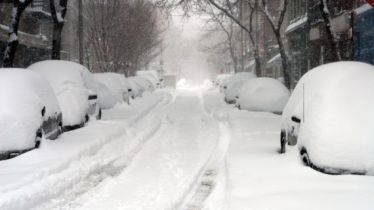 With winter underway, the weather is the talk of Europeans now. Also, with the fast-approaching Christmas and New Year, everyone wants to know about the weather conditions. The happiness of visiting friends and relatives depends on the weather and the road conditions. And for many lucky ones to spend the holiday vacation in the gorgeous European tourist destinations to check the weather forecast for the next few days has become crucial.

Europeans worrying about the weather is not without reason. Ursula Von Der Leyen, the European Commission's new president, said that we are running out of time. It is during the European leaders meeting on 12 December in Brussels.  Except for one member, they all reached an agreement on climate change to make Europe the first climate-neutral continent by 2050.  It is in the continuance of Europe's many initiatives so far from reducing green gas emissions from the 1990s.

Climate change impacts are present and already affecting humankind in many ways.  More than 800 million people or nearly eleven percent of the world population is now vulnerable to it. It causes them suffering from droughts, floods, heat waves, extreme weather events, and sea level rises.  It is happening every year without exception in Europe and across the world. It is all apart from the 1.6 degrees Fahrenheit or 0.9 degree Celsius increase in the global average surface temperature from 1906.  It extends from the north pole to the south pole and causes the glaciers to melt and shift precipitation patterns, and setting animals on the move.

Many meteorologists in Europe are issuing red alert warnings across many parts of Europe.  Recently dozens of rivers across France and Italy have burst their banks to unleash devastating floods to kill six people. There were power cuts in more than 4,000 homes in the storm-hit southern coast of France.  Thunderstorms and strong winds lashed Western Greece to cause the death of two people. More than 1,600 firefighters are responding to thousands of emergency calls during the end days of last November.  Mid-December weather predictions for Britain forecast an incoming storm, and an intense low-pressure system is known as "Weather Bomb" is to crash into Britain. It is going to come with winds at 100 mph to see 40 ft waves.

Floods in Italy during the last week of November caused the death of two people.  One f them is a woman due to her car being swept away by it.  To be safe during such natural disasters is critical, and even during emergencies, it is essential to have the right tires for cars to avoid such fatal accidents.

European Union leaders meet to do their part to control climate change and reduce its disasters.  Europeans should fix their cars with all weather tiresand their SUVs with SUV all weather tiresto be safe during such harsh rainy weather conditions.